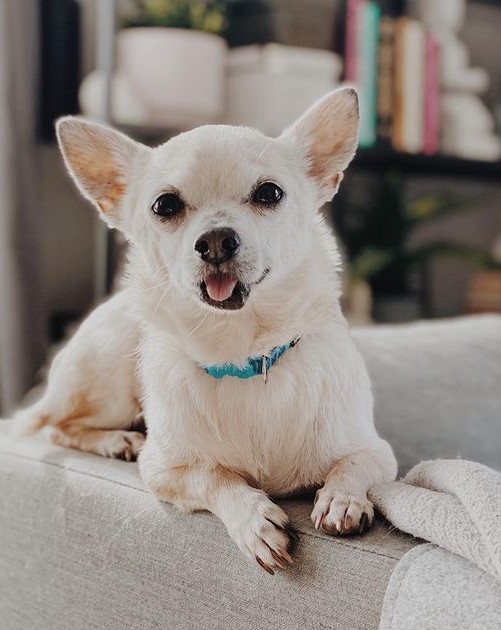 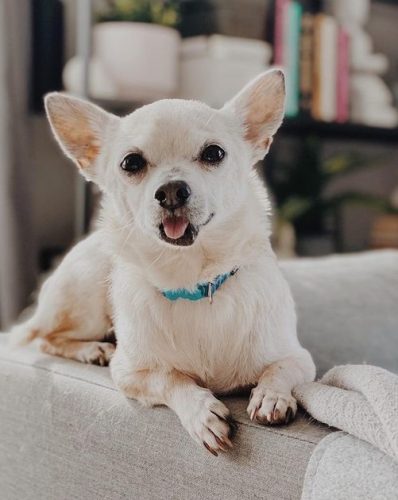 As we continue our highlighting campaign, showing off stories of adopted Redemption Paws Alumni on our Instagram, we are reconnecting with dogs we haven’t seen for a while, like Rupert.

Rupert was one of the original dogs saved by Redemption Paws during the aftermath of Hurricane Harvey (The natural disaster that inspired the creation of the rescue). Keep reading to experience the heartfelt story of how Rupert found his way to his amazing family!

“Rupert’s mom here! I’m writing this in bed while snuggling with our boy, the night before his 5-year Gotcha Day. A day that is not lost to us in the slightest.

5 years ago, Ru came to Canada on Redemption Paws first life-saving mission back from Texas as a result of the flooding in Houston.
Having retired from the fostering scene after opening our homes to over 50 + dogs, I was on social media when RP’s founder posted about the trip and her need for a few more open arms.
Nicole had adopted one of our amazing foster dogs Irwin, and I thought to myself “why not just one more?” It would be kind of funny after all, if we returned the gesture.
Though life had become a bit busier, and I could not foster in the way I used to, this time it would be shorter, simpler. Rupert was palliative and the doctors gave him 1-2 weeks, tops.
It might also be sadder. But I was hell-bent on giving Rupert the best 2 weeks of his life. We went on hikes,  played at the dog park, and he made a new best friend in our Pom Rex.
During those 2 weeks, the boys became inseparable, Rupert learned to play, to run wild and free, and about 15 cheeseburgers later.. found the will to live.
I can’t describe it in any other way. We are here 5 years later, and he has shown us what a true testament family can be. And what fostering can do for dogs.
Of course, we are no longer fostering him as we adopted him after seeing how much he looked up to and loved his big brother Rex. It was simply unfair to them to have them be apart.
Ru is a constant source of joy in our life. Though our walks take much longer due to his tiny stature, and I am never without a dog in my lap, I wouldn’t trade this foster fail for the world.
Our “just one more foster” became the addition to our pack we didn’t know we needed. Happy Gotcha Day to our old man, and here is too many more. “
October 21, 2022 – A sad update. Rupert, who defied all odds to survive and thrive these past five years, has passed away peacefully with his mom at his side. You were so love Rupert.