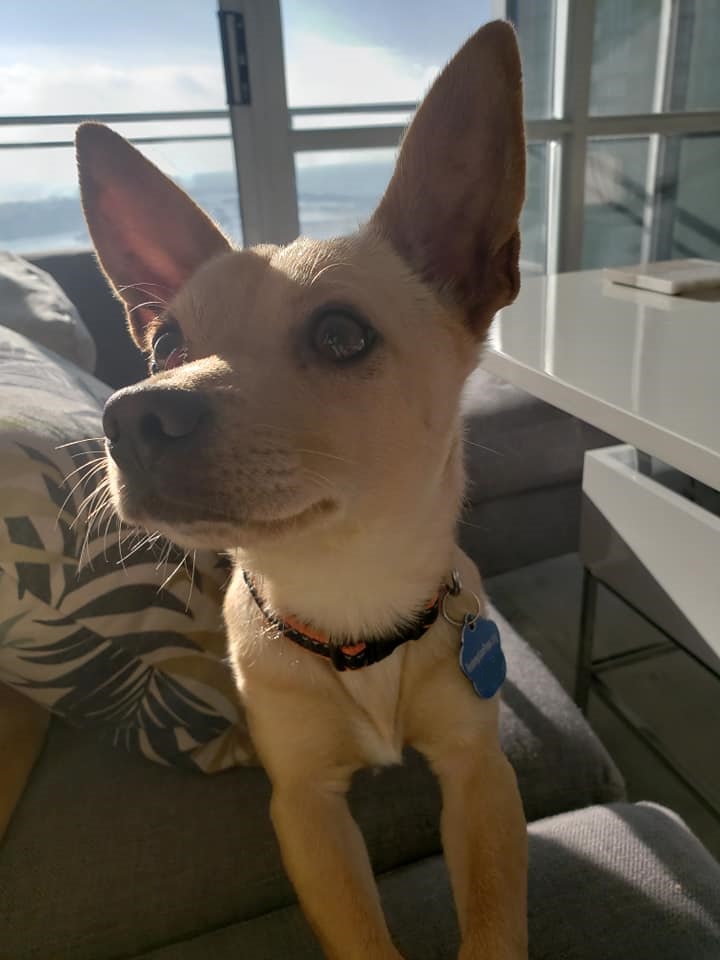 What can I say, RUBBLE is a ray of sunshine and will light up the life of anyone lucky enough to be in his company. He has two almost perfectly symmetrical blonde spots on his shoulder blades that I have been calling his angel wings because he really is an angel sent from heaven to bring joy to those around him.

He’s super smart— in two days he’s mastered sketchy stairs and the command sit. He’s very food motivated. Treats make him super brave for stairs and it’s super cute! He still has his puppy energy and would do well with at least an hour exercise or mental stimulation everyday. That is the best way to keep him out of trubble (😉). I gave him a difficult doggie puzzle and it took him 5 minutes to completely solve it. He’s a next level genius which means he is quick to learn all kinds of great things you teach him! He’s also fully housebroken and gives more obvious cues by the door that he needs to go outside.

He’s good on walks but can get vocal when he sees other doggies because he’s just soooo desperate to go and say hiiiiii and give them a sniff. It’s all in good fun and we are working on improving this behaviour. Other than the walks he’s pretty quiet at home and would make a good apartment dog.  He would do well as a second dog since he’s playful and social, but I think he would also really thrive on his own as he works on building up his confidence and allow his personality to shine through. He loves having the spotlight on him and is a total goof. He’s always close by, looking to you for guidance, LOLs, head scratches and belly rubs. Rubble cannot go to a home with cats.

He is sleeping in his crate at night and will stroll in and out throughout the day for snoozes or just to be in his space. He’s been coming to the office with me and has been exceptionally well behaved, spending most of his time snoozing under the desk.

He looks like he still needs to grow into his ears, tail and paws. He’s got the long body and short stocky legs of a dachshund and the head of a baby deer.

He has a super sweet, gentle and playful puppy-like disposition. He seems to be at an age where he’s really malleable and easy to train. Rubble is trying his best to forget his probably not so pleasant past and look to the future with optimism and bright eyes. He’s a gem. 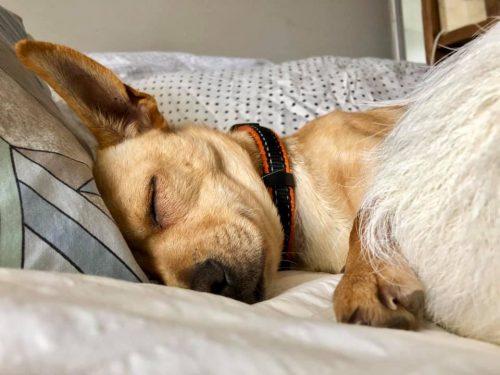 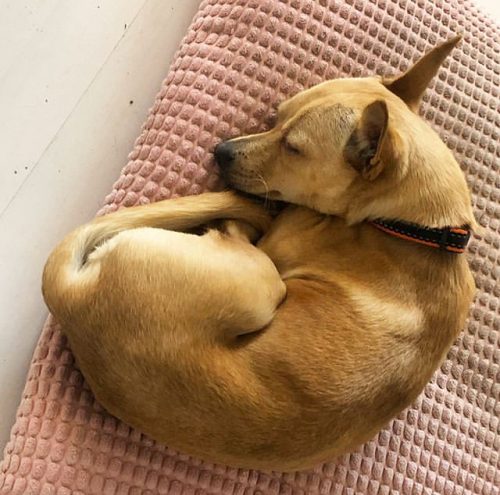