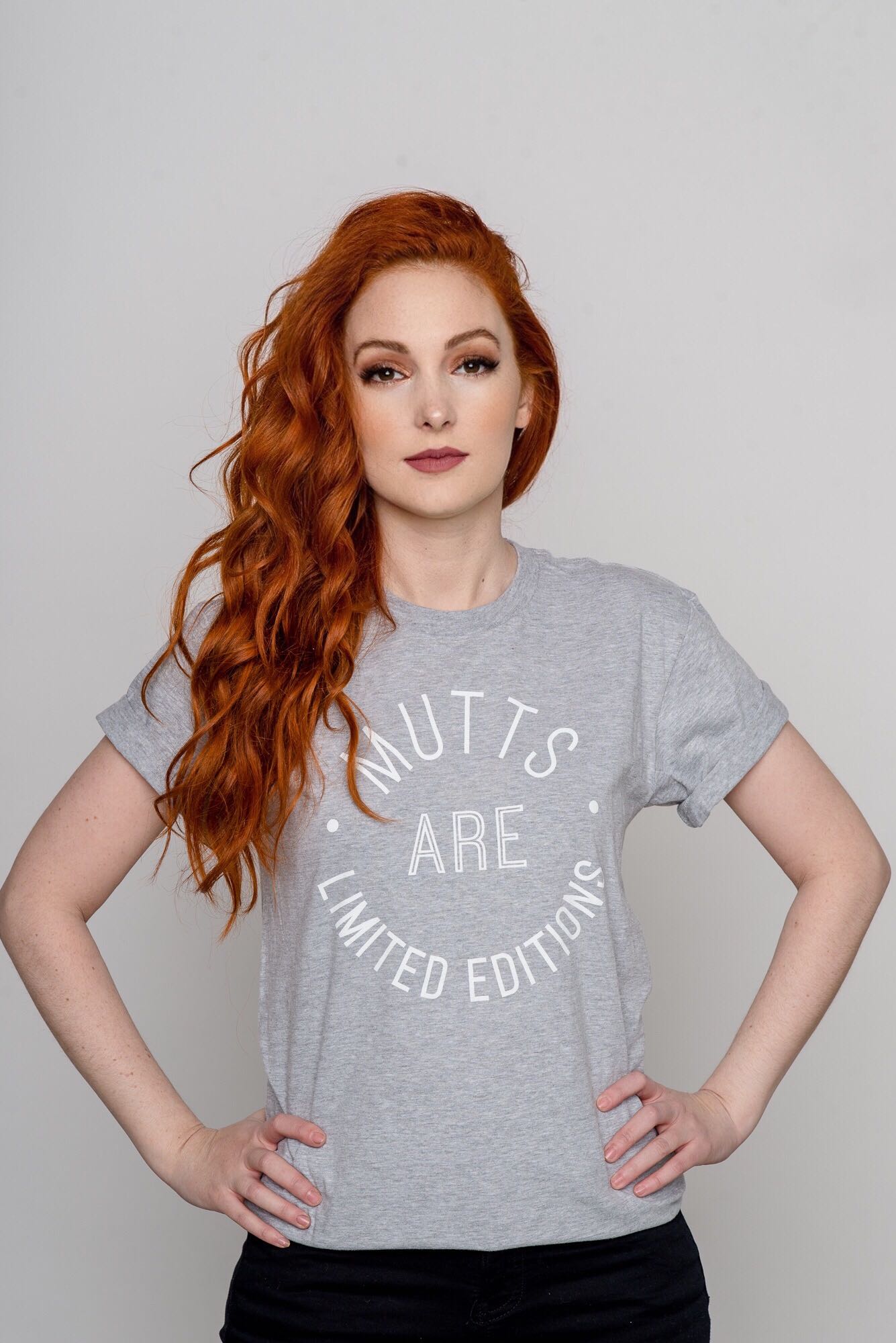 Nicole Simone started volunteering in 2006 as the only special needs rescue coordinator for a local municipal pound in Aurora, Ontario. In her time there, Simone was exposed to challenges facing homeless dogs and the people who rescue them. In her first two years, Simone visited the shelter almost every day and helped send 200 dogs to homes or rescue. Through “Unchain Ontario’s Dogs”, Simone advocated local towns to adopt anti-tethering bylaws and educated the community about local animal abuse.

In 2013, Simone started the critically acclaimed photo series Redemption Dogs. Simone met and photographed over 1000 people and rescue dogs from Toronto, Montreal, and New York City, interviewing them on the impact rescue dogs have on human life.

Simone has a special interest in dogs living with medical or physical impairments, senior animals, as well as a special fondness for Australian Cattle Dogs.

Outside of Redemption Paws, Simone is an accomplished singer-songwriter performing under the name Late July. She holds her BA in Sociology and diploma in Liberal Arts.

Simone grew up between California and Ontario. She enjoys record collecting and old movies. She lives between Toronto and Los Angeles with her two rescue dogs Indie and Irwin. 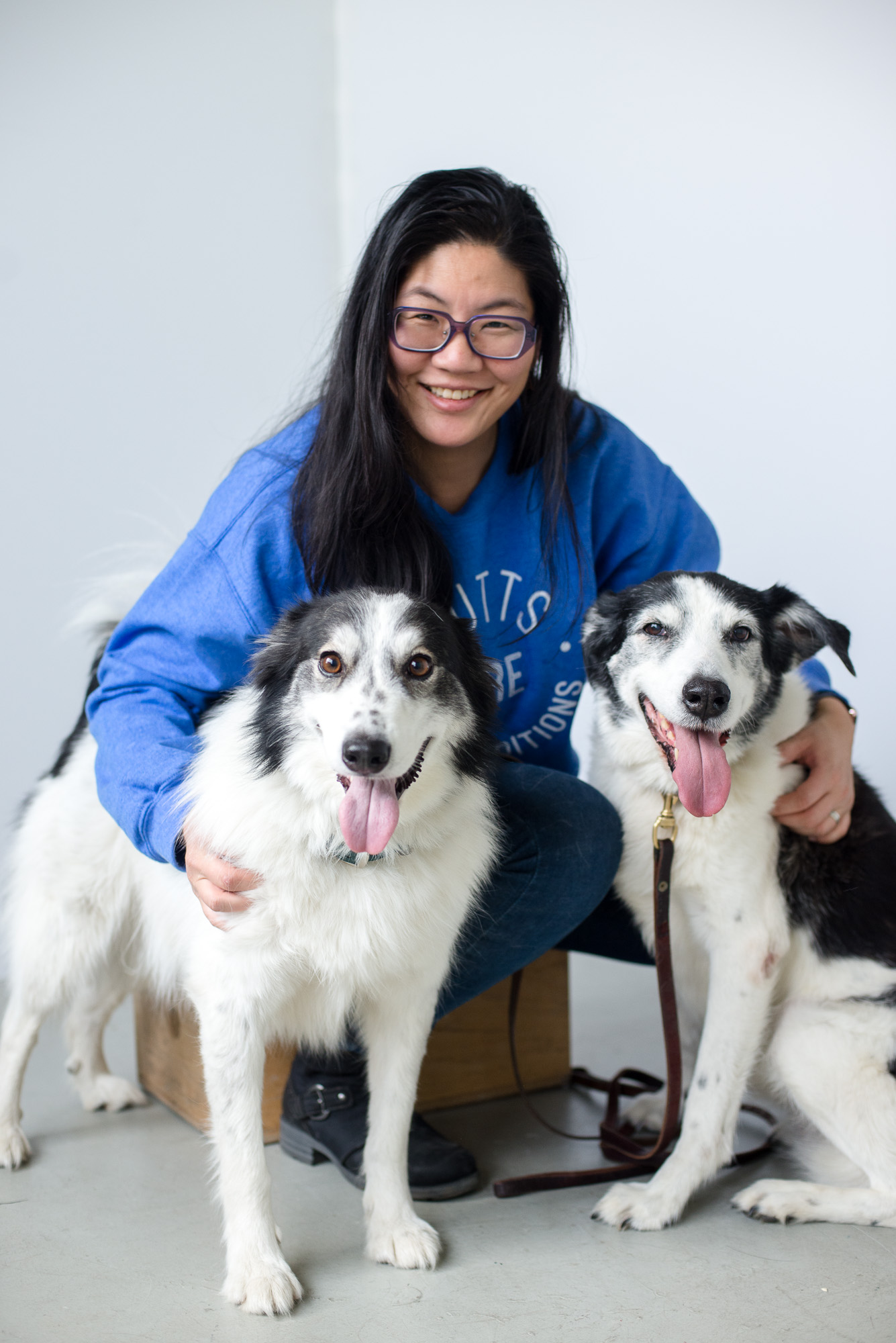 Jing has been with Redemption Paws since it was founded in 2017. What started with just taking a few photos of the dogs has grown into coordinating anything from the intakes, fundraising events, and data management over the past two years. Now as Director of Operations, Jing oversees anything that moves the organization forward.

Jing has a varied resume as a photographer and business owner, and as a volunteer and fundraiser with many non-profit organizations including the University of Toronto, Girl Guides of Canada, COBA Collective of Black Artists, and her daughters’ co-op nursery school.

Jing lives in Toronto with her husband, two daughters, two cats (Mia and Darius), and two dogs (Six and Kash). All the pets, including their first dog Kafrey, were adopted from a shelter or rescue, and happen to be black and white in colouring. 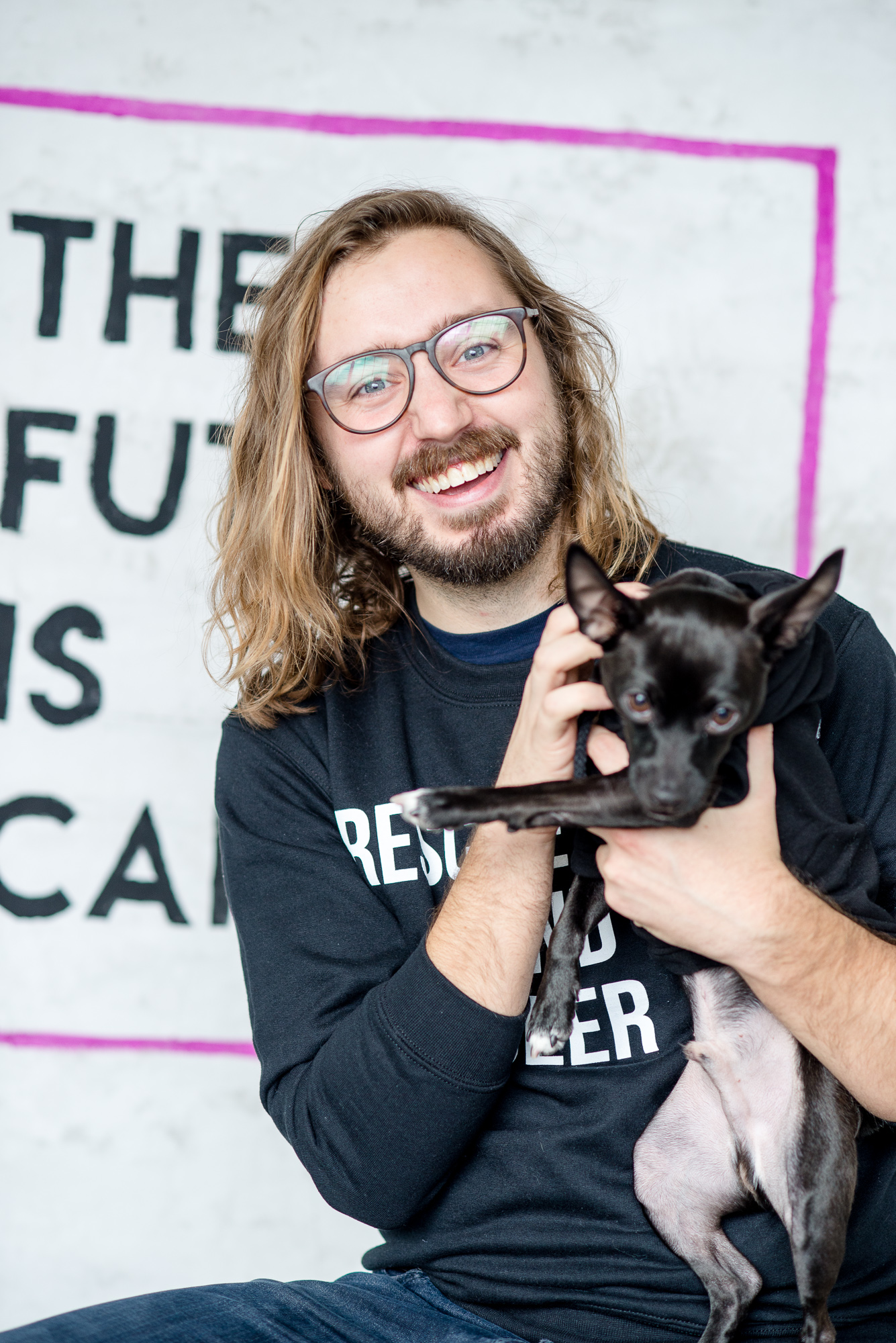 Having grown up surrounded by rescued stray and abandoned pets and animals since infancy, Sasha developed a passionate love and sense of empathy towards animals, having rescued and cared for dogs, cats and various other wildlife himself.

When not working with Redemption Paws, Sasha can be found working as a music producer, film composer, music instructor, audio engineer and hanging out with his family in their little house in Hamilton.