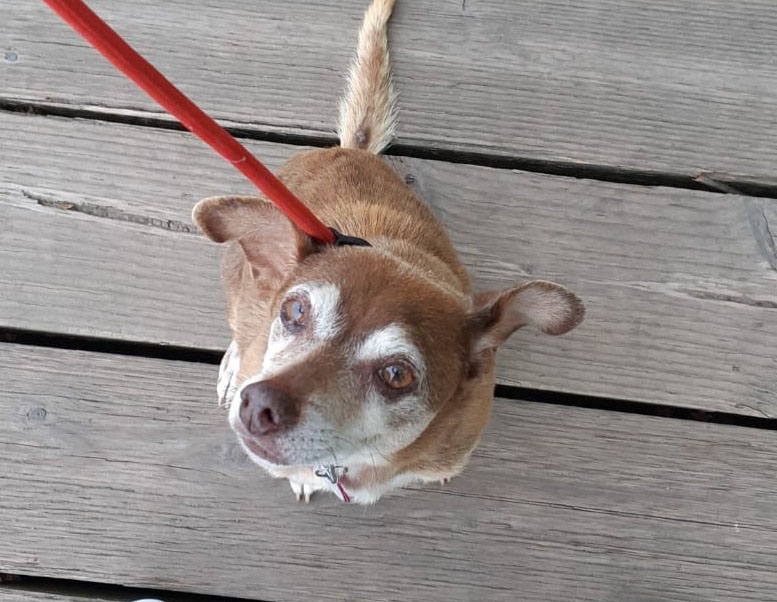 Don’t let his salt and pepper mug fool you, Mr. Magoo is a spunky little dude with the biggest personality! He’s adjusted very well to his new life in the city and enjoys going out and exploring his new neighbourhood. He walks great on leash and even appreciates a light jog! He’s one smart pup too and has already mastered sit; he definitely has potential to learn some awesome tricks since he loves to learn! When he’s not impressing people with his stellar moves, Mr. Magoo can be found nestled up to his favourite people for a cuddle. Give him a bed, blanket or some pillows and he’s ready to snooze the day away. He gets along great with other people, dogs and cats as well. His forever family is in for a real treat, he’s a one of a kind dog.