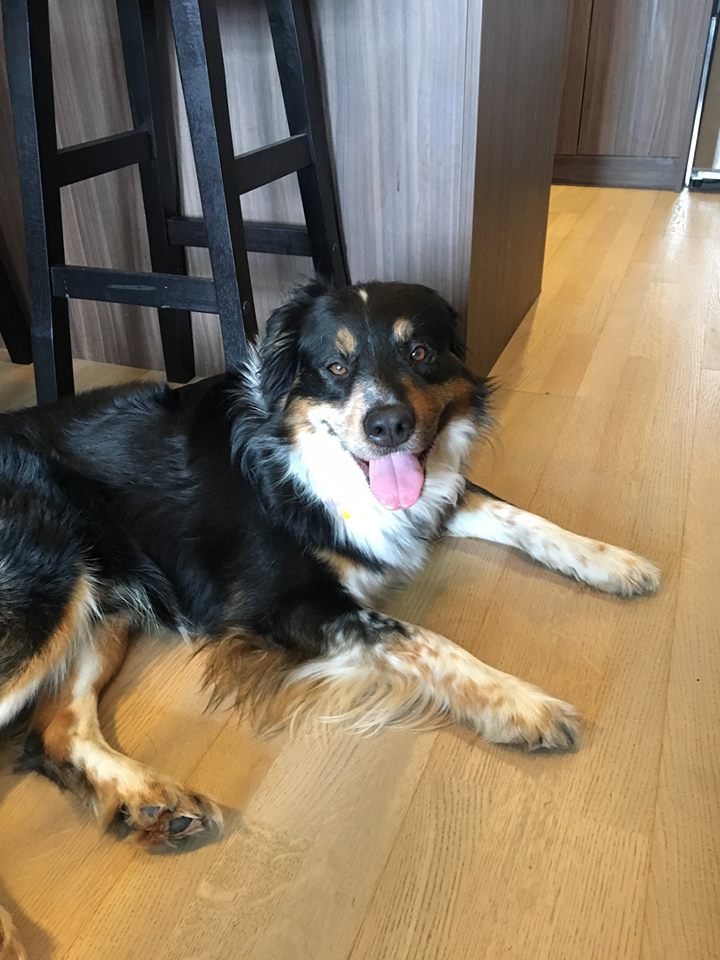 Gubler, named after the American actor Matthew Gray Gubler, is such a sweet pup with a gorgeous smile! He loves human attention and will cuddle with you every chance he gets. He loves a good head scratch or belly rub and everything in between.

He enjoys taking walks, is very good on the leash and is excited to meet all the dog and humans he sees. He’s good on both quiet and busy streets and is not bothered by cars in the least. He’s been friendly with all the dogs he’s met – I think he would do well in a house with another dog.

He’s very good inside the house and he doesn’t bark at all. He would much rather relax with you on the couch or follow you around the kitchen.

His training is coming along well and he’s learning to come and sit. He still finds long flights of stairs and his being in his crate to be a little daunting. We’ve found food he loves so we’re making quick progress on training.

Gubler is not cat tested but has shown zero interest in squirrels on our walks.

This guy is so lovable and will be such a great pup for his future family!