Get to know Lilo and Stitch 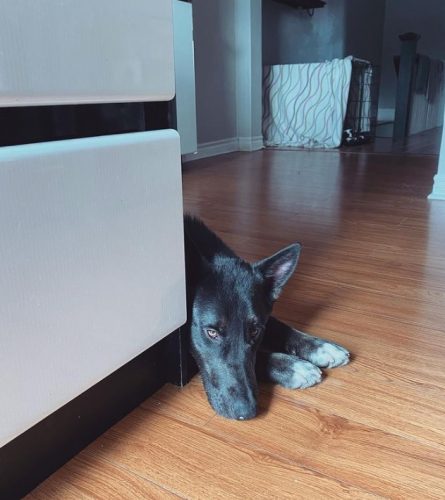 Stitch is available to adopt.

Lilo and Stitch are fairly new to Redemption Paws, they arrived April 3rd, and were a part of our Disney-themed intake, hence the names!

But like every Disney film, their story begins with a dark tale.

The duo of Lilo and Stitch began as a quintet of siblings who roamed the streets together. One day while out and about, a group of individuals came across the siblings and started trying to earn their trust in hopes of getting them off the streets, fed, and looked at by a vet. While attempting to do so they made the horrifying discovery that they were not alone in their attempts to capture the dogs. Another individual was trying to do the same, but not to save them, to eradicate them.

As horrifying as this is, it is not uncommon. The overpopulation rates are so high in Texas that there are individuals who take it upon themselves to try to reduce it, and sadly the practices don’t always include rescue.

Once aware of the ticking clock, the team went into overdrive. In the end, they were able to successfully save 3/5. Lilo and Stitch are with us, while their other sister remains with a foster in Texas as it turned out she was pregnant.

As for the other two, one was killed by the individual mentioned previously, and the other remains on the streets, hopefully not for long though as individuals are still working on saving them.

Stories like this are why we work tirelessly to find fosters. Because leaving a dog behind often equals death.