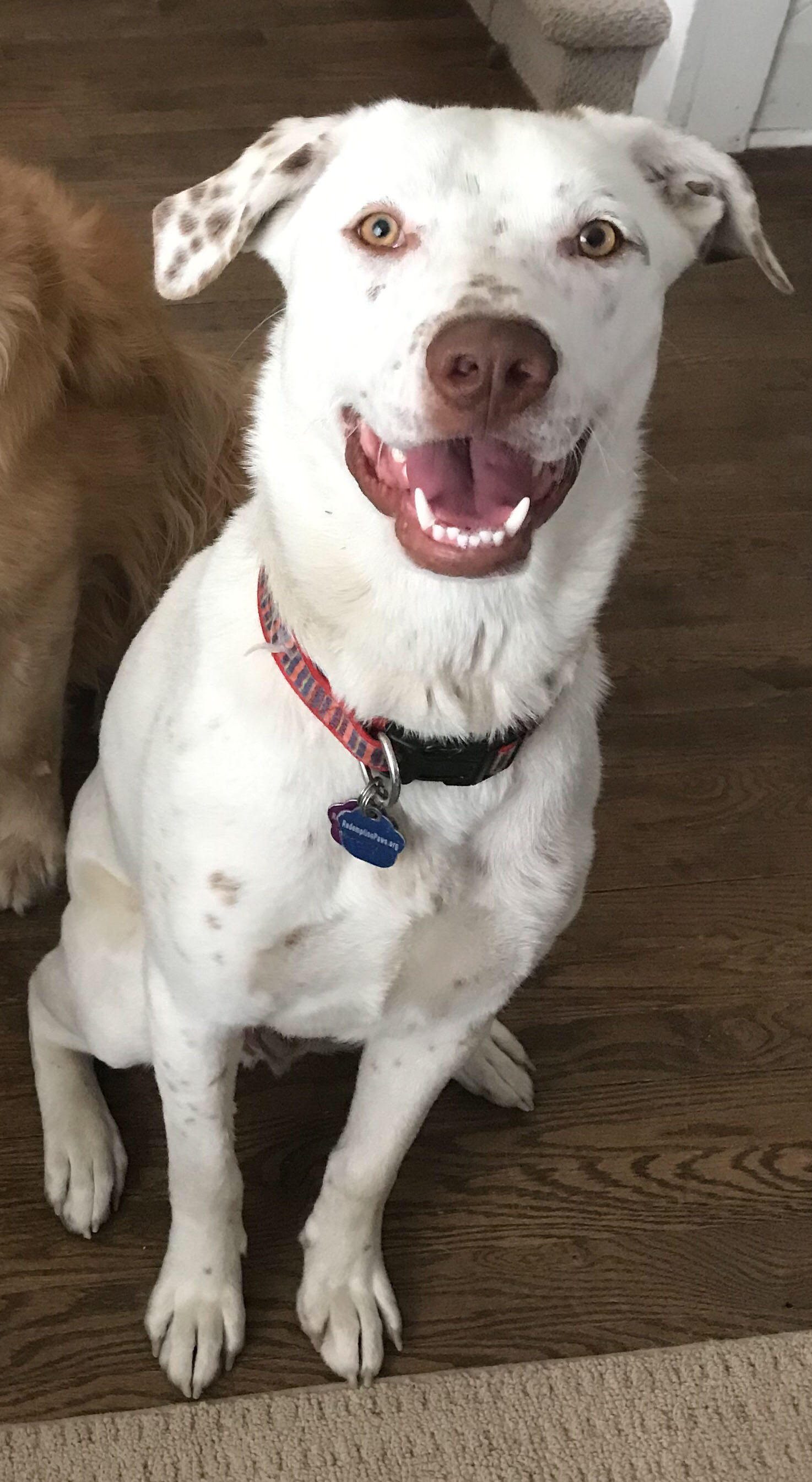 Elijah is an absolute sweetie pie. He LOVES people and human contact. He loves to just sit at your feet while you pet him and he’s always down for a belly rub. He loves to cuddle up on the couch, he’s very snuggly, especially in the evenings. He’s very curious and interested in what people are doing. He likes to follow me around, observing and giving the occasional adorable head tilt like he’s trying to figure out what I’m doing..

Eli also loves other dogs. He and his foster brother Jack get along great and he’s yet to meet another dog he doesn’t like. Now that he’s settled into a home and routine, he’s actually quite chill during the day, especially when it’s just us and the house is quiet. Once he gets a walk in the morning, he’s happy to chill with you for the day, with the occasional lap around the house to make sure everything is in order haha.

He is quite good on a walk with a harness, and getting better every day. He doesn’t pull much normally, he is great at greeting dogs on leash, and is learning to walk on one side of me. Sometimes he gets bouncy on his walk when he gets excited, but it’s actually very cute.

We’ve been doing some training and his sit has improved tremendously, his down is getting better and he’s learned to leave his food until I give him the ok to take it. He really wants to please people and he likes trying to figure out what you’re asking him to do, very sweet.

He does so great in his crate, we’ve had no issues at all. He sleeps in there all night without a peep! And sometimes they’re longer nights as I work late nights and wake up later, but he just patiently waits until I let him out.

Elijah really is such a sweetheart! He will make such a great addition to anyone’s home. 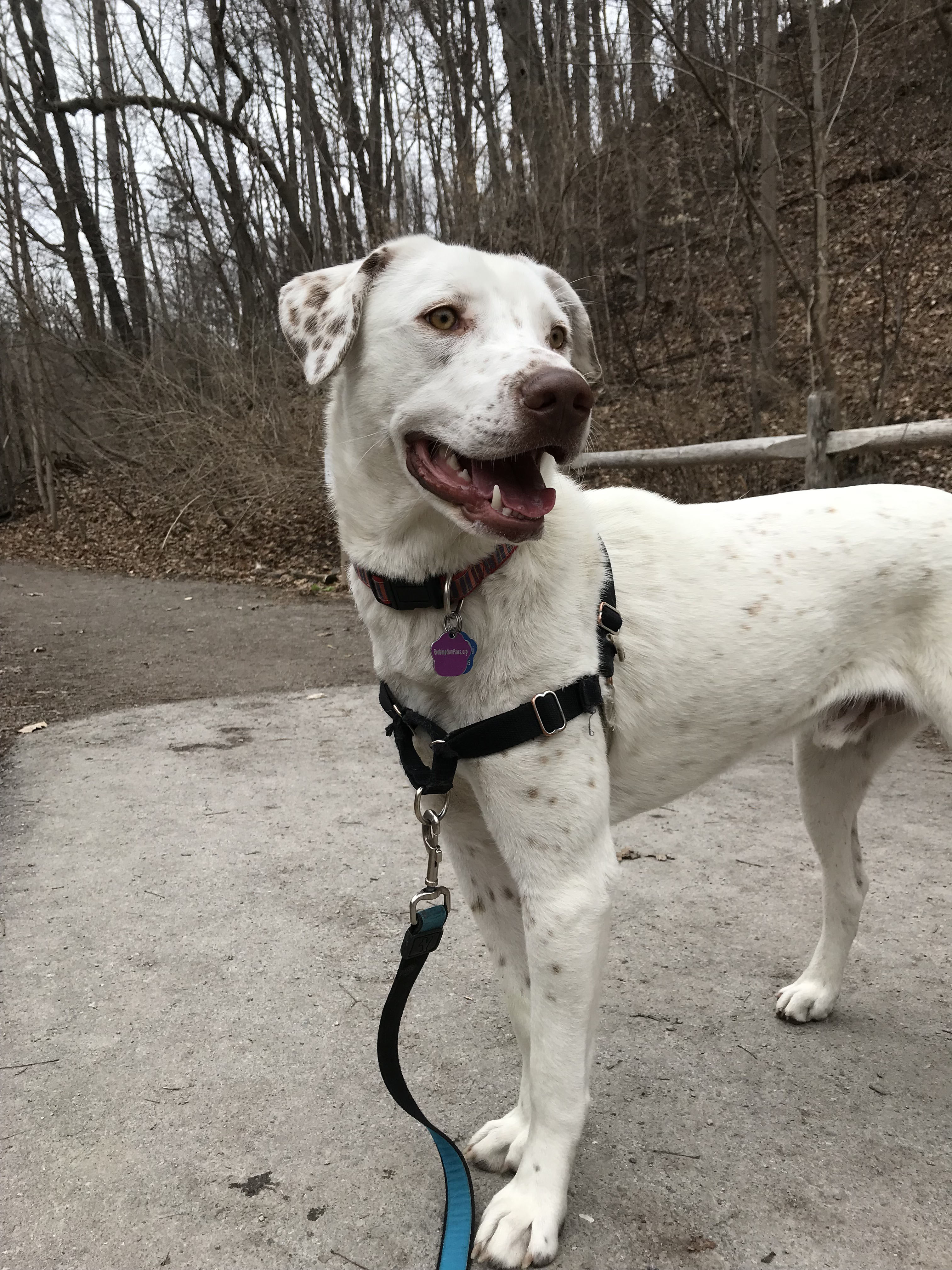