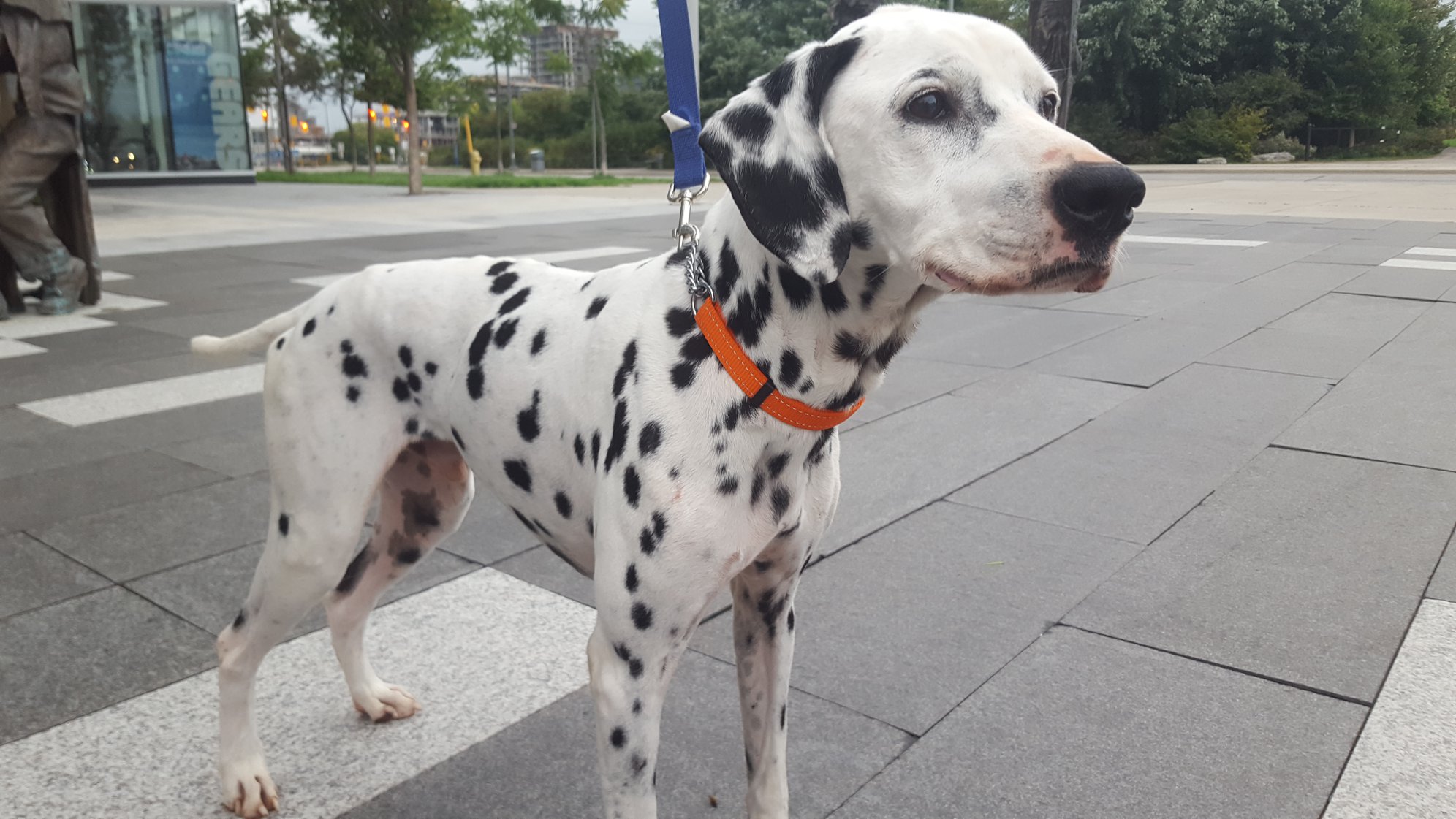 Duncan is a gentle, handsome giant, and despite his age, he has a loads of energy and loves to walk and sniff the outdoors. He’s a show stopper wherever he goes! He’s very quiet and sleeps overnight in his crate with no issue or complaint. He needs leash training and training with his kitchen manners. He doesn’t beg at the dinner table, but watch out if you leave something on the counter! This lovable dude is likely to jump up on his hind legs and eat whatever he can reach. If you offer him a dog treat, he’ll sit and take it very gently from your hand. He loves to sniff and meet other dogs and is mildly interested in playing. Always approach cats and puppies with caution and on a lead. Duncan shouldn’t live with cats or puppies either. As for squirrels, he’s not obsessed but he may give chase if he sees one nearby and isn’t on his lead. His real preference outside is to sniff everything and he loves to run when he’s been brought to an enclosed space. While inside, he loves to be near his people and tends to follow them around. He’ll join them on the couch for a nap and a cuddle. He really just wants to be by your side and wants your love and approval. He will make for a very loyal and protective companion, but he is large and has a good deal of energy still, and would do best in a household where he could be taken out for frequent walks. He loves nature and being outside so being close to parks and paths or having a big backyard would be ideal for his forever home.