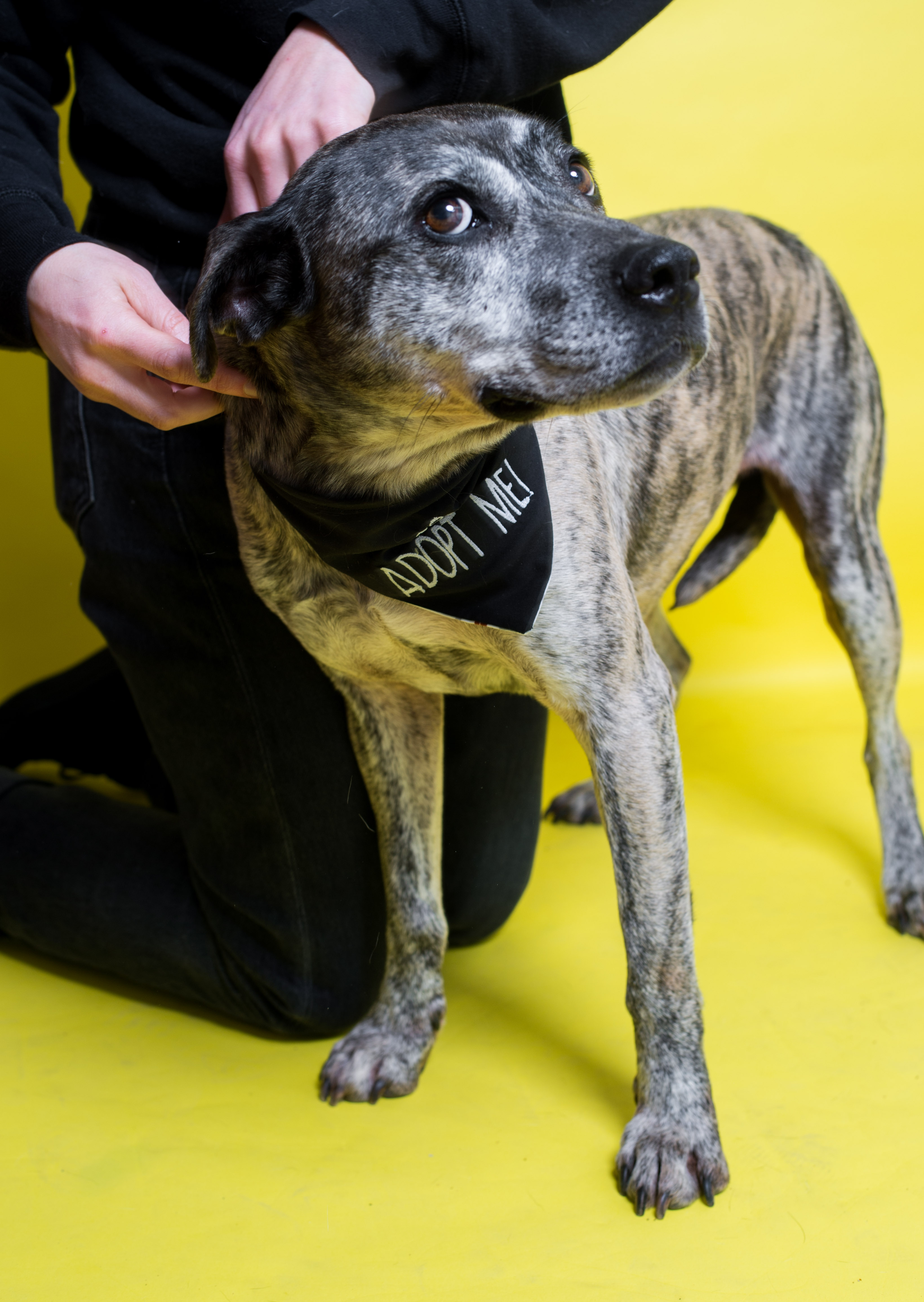 Dorothy is a total sweet heart! She loves any and all attention – she’ll even come right in for some pets if you’re not offering them up freely. She loves people and may seem timid at first, but she opens up quickly. She doesn’t love being left alone and will follow me all around. She is definitely house broken! No accidents and goes to the washroom when we get outside. She doesn’t know many commands although we’ve almost mastered “sit” and she understands she’s not allowed on the couch.She walks well on a leash and doesn’t mind the cars zooming by but she will need some more coaching as she has discovered the many squirrels in the neighbourhood. Most dogs seem like old news to Dorothy, she pay them no mind at all! When she does decide to stop and say hello she does so calmly and gently. I have no idea what her bark sounds like because she’s never used it! She has yet to make a peep. Dorothy would do well as a second dog since she enjoys having company at home.