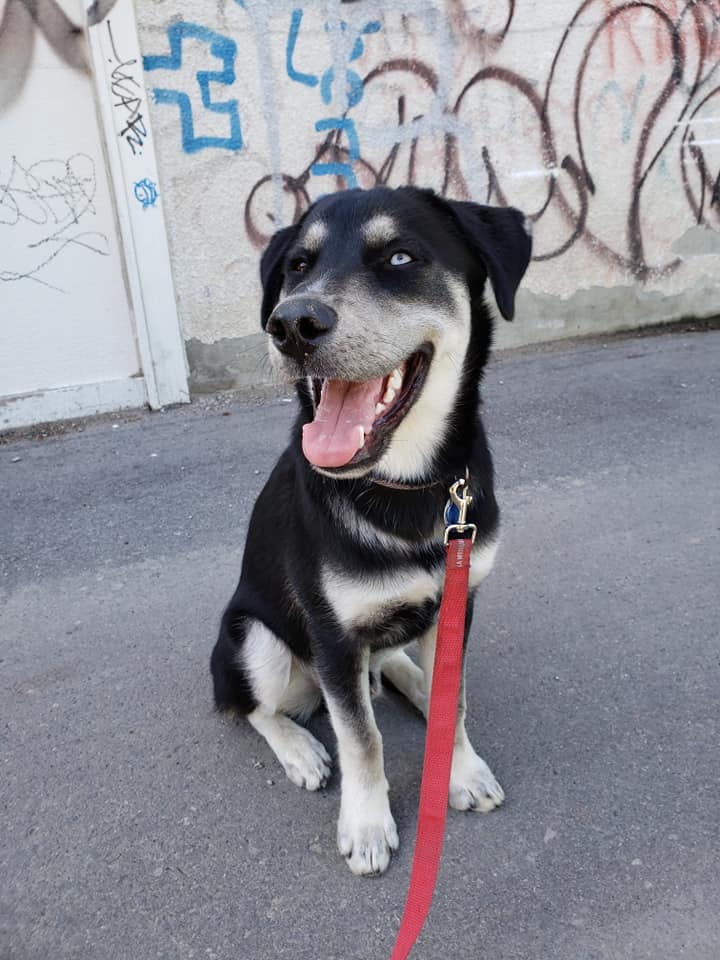 Donatello, the Ninja Turtle, was whip-smart, composed and loyal. Donatello, the adorable Husky mix, is much the same. His fosters say he lives to love: he’s obedient, great around strangers and wants to be around his people. But while he’s calm (even with lightning!), quiet and amazing on leash, when it’s time to play, it’s time to play. “He’s such a tremendous dog,” his foster says. And, just like his turtle equivalent, we bet he looks great in purple.