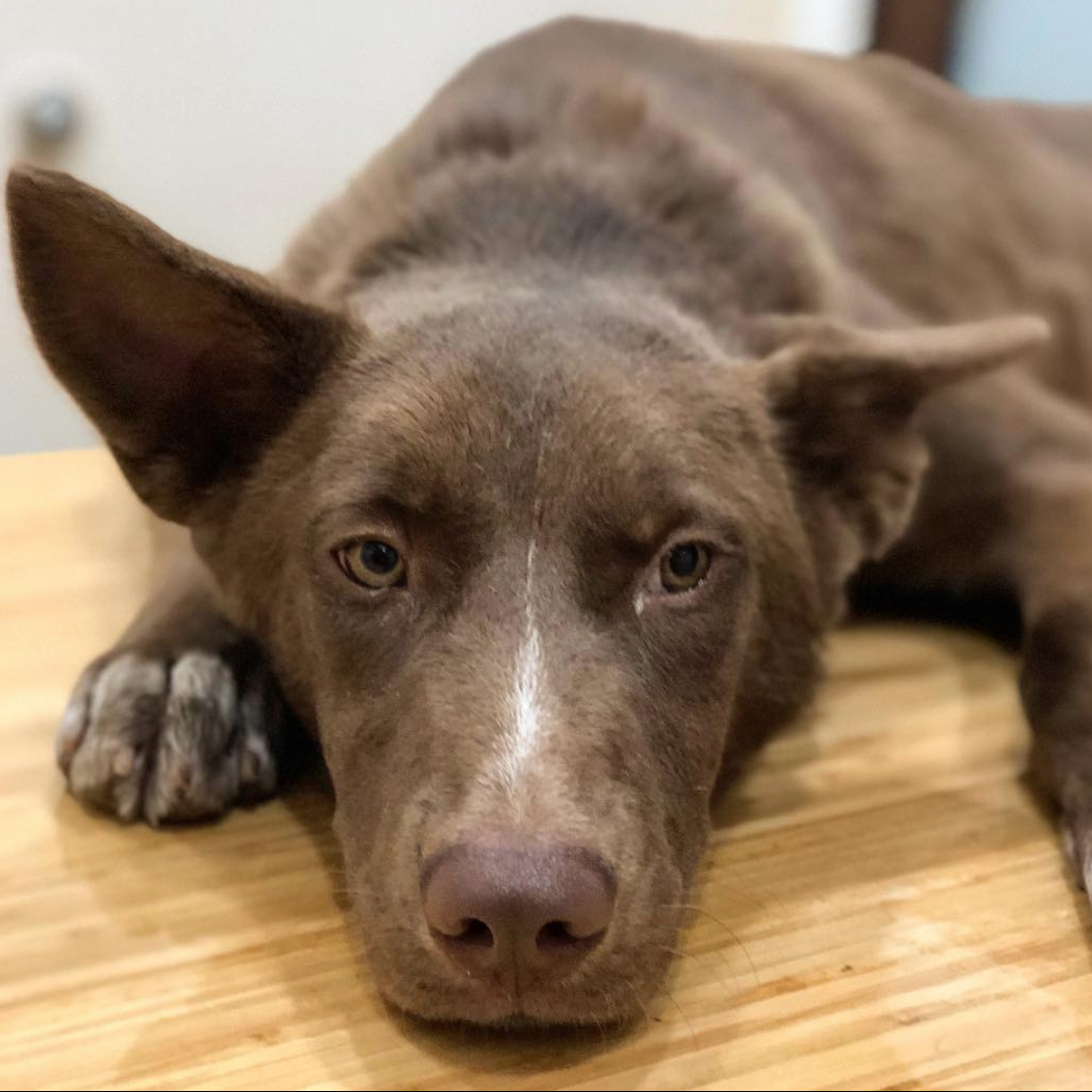 Dante is an active and affectionate boy who loves be with his human! He’s super affectionate and loves having all the attention (and all the toys!) He’s still young, so his energy levels are high and he loves having plenty of toys to keep him occupied throughout the day. He still needs to learn some basic walking skills, like not pulling, chasing squirrels or saying “hello!” to everyone, but it seems to me like he’d catch on quickly in the right hands. He’s not a fan of being left in his crate, and is quite vocal when he’s alone.

He’s clearly very smart and loves to play, but sometimes has a tough time when his person isn’t around and is a little overwhelmed by the loud city noises. He seems curious with other dogs, but typically steers clear of them on walks. He’s definitely a people pup! Dante would thrive in a quieter area with lots of space and an experienced dog owner who can help bring out his full potential. He has so much love to give and just wants his forever home!