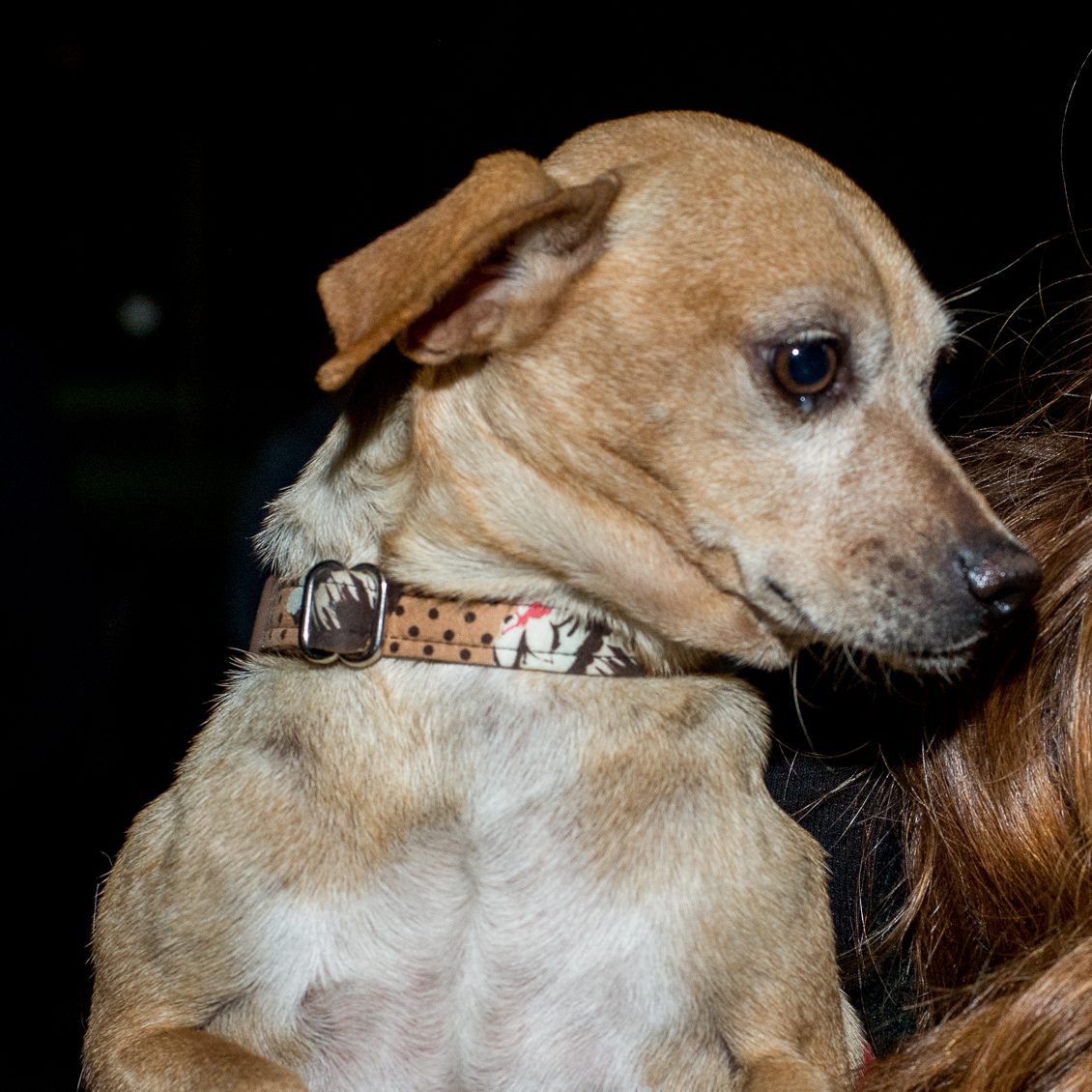 Cher is simply 20 lbs of love! She’s likely had a very hard life, but despite that, she doesn’t shy away from anyone or anything. She loves people and has no problems with other dogs. She’s not super into playing with them – but then again, she hasn’t really had any chance to. I was keeping her away prior to her surgery and also since. But she doesn’t seem afraid of any size of dog. She is great on a walk and only needs 3 short ones a day. She is trained! She caught on really quickly that the bathroom is outside, and has only had a few accidents – related to stress when she arrived and then post surgery when her body was a little mixed up. She will sleep in her crate throughout the night, but does have to go out right away in the AM.

Cher came to us with an old injury, it appears someone had kicked her and left her jaw broken and it has set quite crooked. We don’t know about Cher’s past but she doesn’t let it slow her down. She does prefer eating softer food because of the injury.

She has shown no signs of aggression at all. Even with toys.. she doesn’t fight you to keep them, she will fetch and happily put it down for you to grab and throw again.  She likes nothing more than spreading out on the couch and snoozing beside her human and will cuddle when you invite her. she doesn’t just jump on you.
She is getting used to the car. She gets a little excited at the start and will try to sit in your lap – but she really just wants to look out the window. She just hasn’t managed to figure out how to do that without falling down as soon as the car moves.