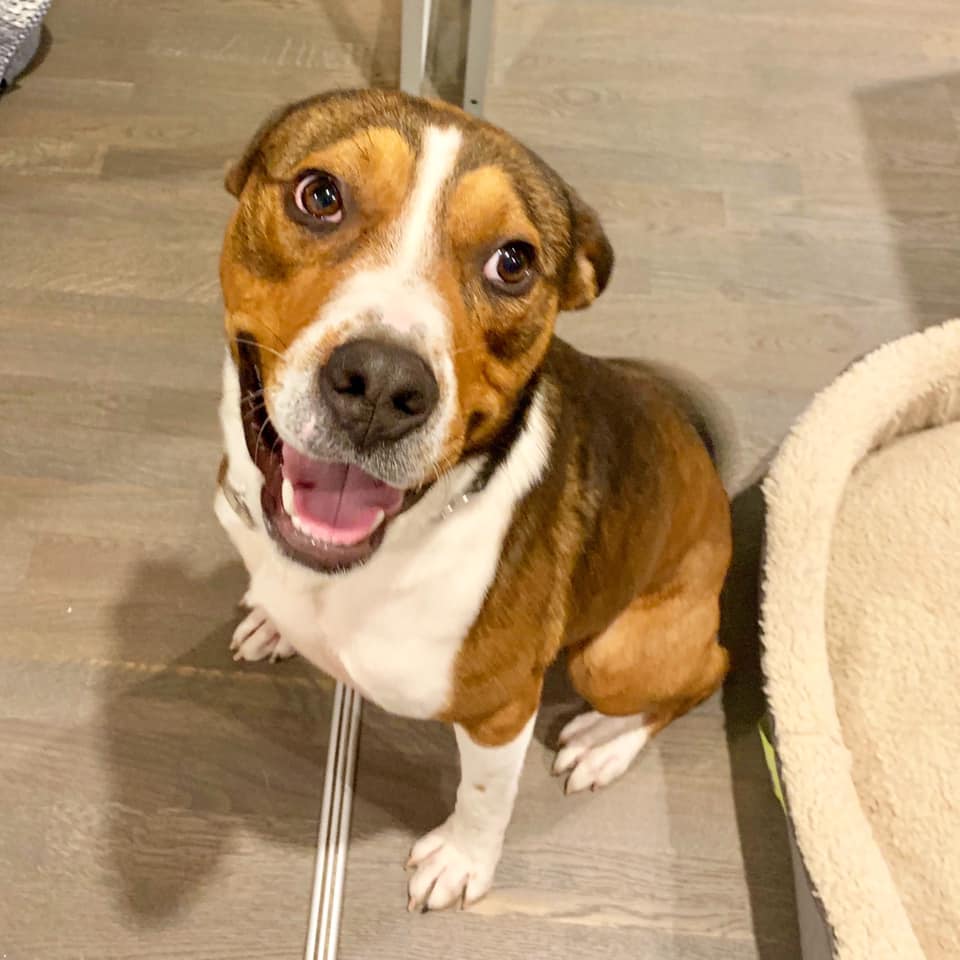 Cashew is an absolute gem and a total sweetheart! How could you not immediately fall deeply in love with his big, brown beautiful puppy eyes? He has settled in super quickly in his new foster home and is making great progress. He’s an amazing boy who is already perfectly house trained and loves to sit politely to get some pats.He is such an affectionate pup too as he loves to give kisses and cuddle on the couch. He’s very strong but gentle with his affection and just loves being close to his people. He’s respectful with food, always waits until he is invited to eat breakfast and dinner. Cashew is super smart and very food and affection motivated. He’s a super trainable pup and we expect him to make huge strides in training very quickly. We are working on his leash training and is getting better every day. He is super friendly with every dog and person he meets on his walks. He’s been doing great in a condo apartment with plenty of exercise morning and night. He’s crate trained but much prefers to roam around during the day while his fosters are at work. Cashew is just incredible and would make an amazing addition to an active household who want a bud to snuggle up with after coming home from a walk.