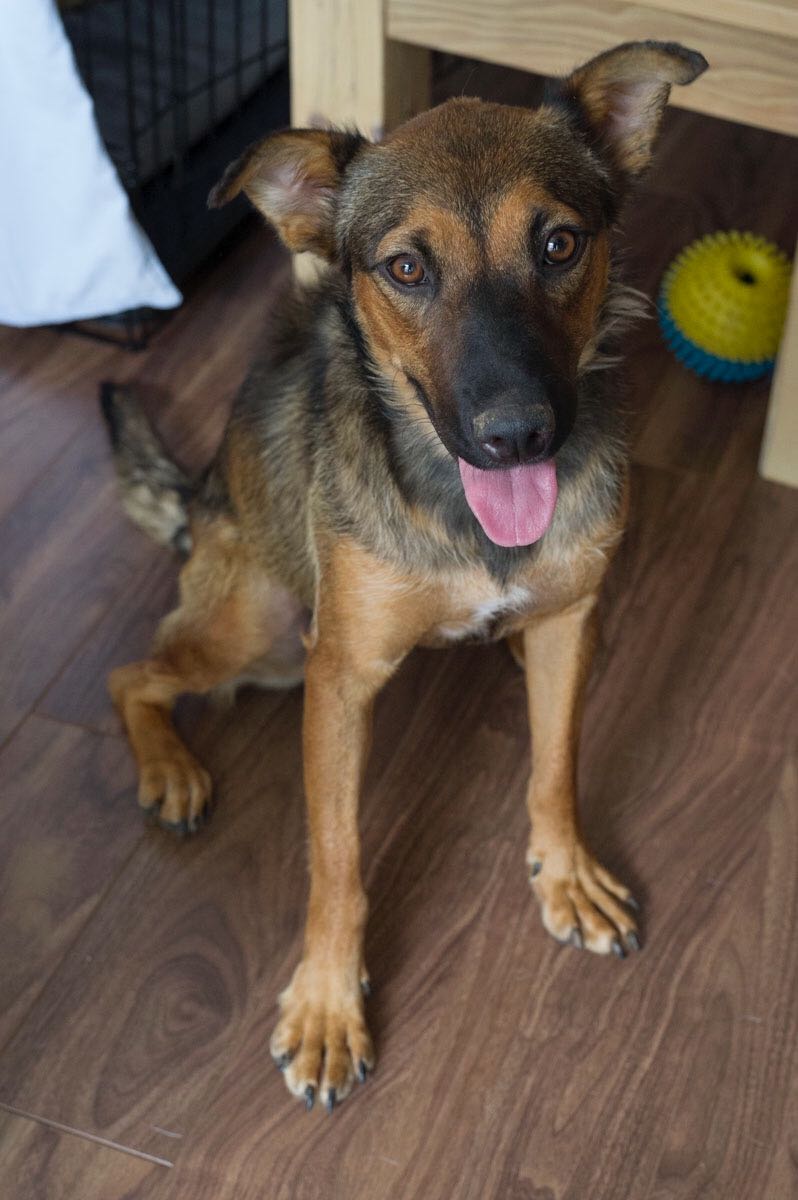 Minerva is the Roman goddess of wisdom, and it’s a fitting name for this heart-meltingly adorable 10-month-old puppy ⁠— because she’s a sharp one. When she arrived, she was terrified of Toronto’s new noises. Now, Minerva’s quickly discovering the best the city has to offer, exploring neighbourhoods, curling up with her people and making pals with dogs and cats. Perceptive as she is, she’s learned that napping in her crate beats a 9-to-5. Leave that stuff to the humans, Minerva says.

If you’re into smarts and snuggles ⁠— “she loooovveeeessss to cuddle,” says her fosters, with the photographic evidence below — then Minerva’s your gal.